Brother of the Month

May Brother of the Month 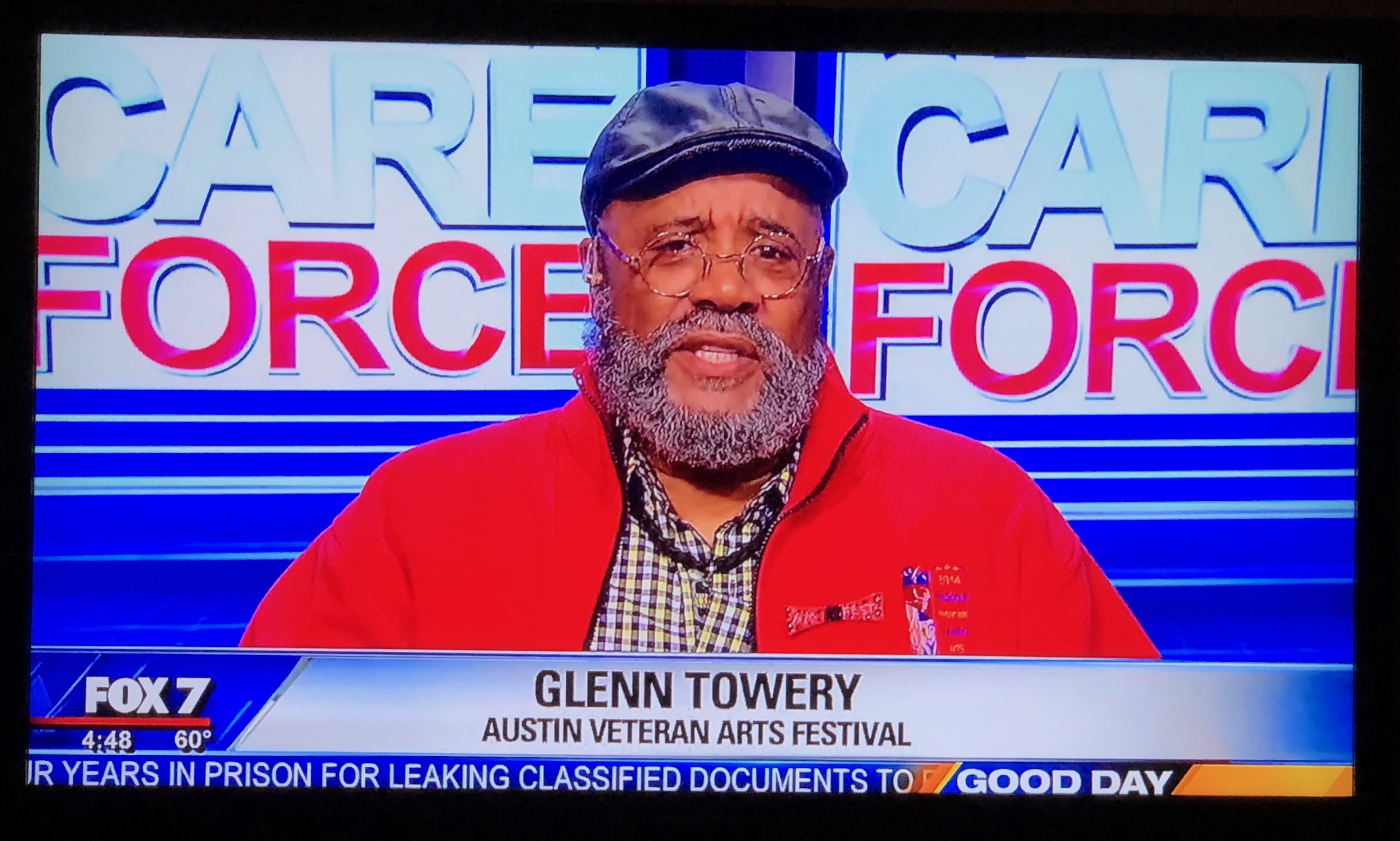 Glenn Towery was born in El Paso, Texas on May 15, 1952. However, he was raised in Los Angeles, California, a city that fed his creative interests: theater, acting and film. Since moving to Austin Texas in 2013, Towery, a Vietnam veteran, has been very busy in organizing and working to help save veterans lives through his nonprofit organization, the Veterans Suicide Prevention Channel (VSPChannel). The VSPChannel is an online channel dedicated to helping reduce the present veteran suicide crisis currently plaguing America. The channel is up and running 24 hours a day, 7 days a week and can be accessed online anywhere in the United States. It offers programming and information for veterans and their family members, as well as online therapies such as Mindfulness on demand and other forms of meditation. Towery has also been instrumental in the creation of the Austin Veteran Arts Festival (AVAFEST) scheduled to run from October 17 – November 18, 2019, in the city of Austin, Texas. The festival was created to help veterans combat the effects of PTSD through use of the arts. The AVAFEST has captured the interest and enthusiasm of the city of Austin and its mayor, Steve Adler, who proclaimed November 15, 2018, as AVAFEST Day last year.

Towery is also a unique clock artist whose works have appeared in exhibits across the nation. He has had paintings in exhibits at Smithsonian Institute affiliated galleries and was a 2014 National Gold Medalist at the National Veterans Creative Arts Festival in Milwaukee, Wisconsin. You can see more of Towery’s works by visiting his artist’s website at the following link: http://glenn-towery.squarespace.com/

Towery has been a member of the SPECTRUM Theater Group in Austin since 2016 when he was asked to join by its founder, the late Billy Harden. Towery has written several plays over the years and he is also a music composer.

In addition, Towery is also an author who presently has 5 books to his credit that includes the B.R.I.T.E. B.R.A.T.S. children’s three-book series entitled, GOOD WORDS, BAD WORDS, DON’T SAY THAT!, NEVER AGAIN WILL WE BATHE and JAMAL HAS A BULLY. These books are beautifully illustrated by his wife, Juanita Cole Towery, and can be purchased online at www.britebrats.com where Towery and his wife maintain an interactive website for children. These books came about because of Towery’s more than 20-year history of working with at-risk youth in south central Los Angeles and his experiences as a Residential Treatment Counselor for mentally ill children. Other books that Towery has written and that are available include “BLACK MANS BAGGAGE,” a book written for our youth, and the soon-to-be-released, “UNSADU: RETURN TO FOREVER AS I AM”. This book features a spiritual story with a profound message.

the bible as it regards African Americans spiritual rise after 400 years in America. LONG LIVE THE SPIRIT documents what happened at the MILLION MAN MARCH which Towery attended in October of 1995. In 2008, Towery won a Gold Medal in the Disney International Martial Arts Competition for his demonstration and routine in Tai Chi Broadsword discipline.

Towery will be an actor in the upcoming play THE FACE OF EMMITT TILL, which will open in February during Black History month. He is playing the character of Mose Wright, Emmitt Till’s grandfather in Mississippi. Towery will also be reprising his one-man play, THE ONE. The One is a deep story about an African American WWII veteran with PTSD that society has locked up and thrown away the key. Towery will be doing this play to raise funds to produce his acapella musical play, RETURN TO HOMEBASE, a play that tells the story of the African American experience at home and in Vietnam of whichTowery was a finalist in the INNER CITY CULTURAL CENTERS National Short play competition in 1988. Last year, his award winning play, SHADOW BOXER, was staged once again at the VORTEX theater by SPECTRUM Theater group.

Towery expressed that he is so proud to be a member of the 100 Black Men organization that provides a valuable service to the Austin community and looks forward to participating in the 2019 agenda.